Life cycle of a Thread

A thread life cycle is divided into five different states, which a thread may go through in its lifetime. At a point of time, each thread can be in one of the following five states. Let's understand each of these different states in the order in which they are mentioned below -: 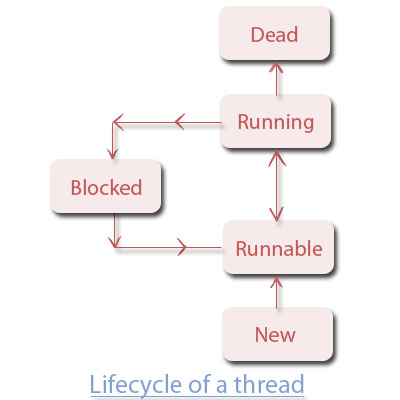 A thread enters a not runnable in three situations -:

This is the last state in a thread's lifetime. A thread enters the dead state after it has successfully completed executing the run() method. At this situation, it is considered to be not alive and hence if you try to call start() method on a dead thread, it raises IllegalThreadStateException(which we will read about in an upcoming article).