when the paint() method is invoked?


The method paint() is automatically called whenever there is a need to display an applet window, this need could arise in certain situations -


The method drawString() takes a String which will be printed in the applet window, starting from left-top corner at the coordinates x and y.

To run our applet using the appletviewer, type the following command at the command prompt -


Where Applet1.java is the name of java file that contains the code of an applet. 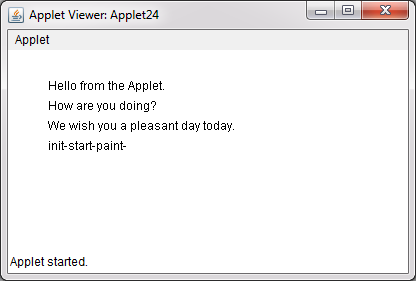 
As the applet began its execution for the first time- 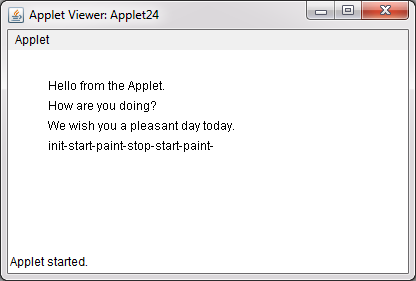 < Prev
Next >
< Applets and its lifecycle
Applet Tag >