The First Python Program in IDLE

In our last tutorial, we have discussed steps to install the latest release of Python. Installing Python(as explained in our last tutorial) also installs its IDLE IDE i.e. an interactive integrated development environment used to code in Python, which highlights all the keywords and has a Python Shell, also known as interpreter, responsible for the execution of the Python programs, display their output and to notify us about the errors in a program.

In order to execute your first python program using IDLE IDE, we need to go to the folder where the IDLE IDE has been installed and execute it.


In our last tutorial of discussing steps to install Python, we did not play with the default installation settings, hence, the Python on our system has been installed in its default location i.e.

Double-clicking the file idle.bat in this folder, executes the IDLE IDE and opens the window of Python Shell, with a prompt >>>(at which you could type in a code to execute). 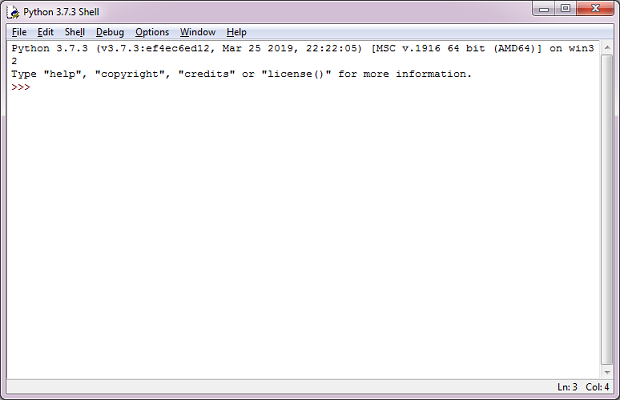 
There are two ways to code a Python program using IDLE -
In both cases, the Python Shell(interpreter) will display the output or the errors associated with the program. Let us see both the situations with an example by printing a the customary message Hello World!.


In Python Shell, we could type in a Python code, which will be executed in the sequence we type it and its output is displayed. Let us type in a small program at the prompt of this Python Shell i.e. >>>, which prints customary string message Hello World, as shown in the picture below.


Using the Python Shell window, we could create a new separate file by clicking on the File-> New File menu options on the top menu and code in it. Let us name this file first.py.


By default, the programs coded in a separate file using IDLE will be stored in the same directory where the IDLE is stored, i.e.


but you could store your Program in a directory of your choice and that's what we are going to do now. We will save the file of our first Python program in a location D:/Python( as shown in the picture below), and we are going to name it first.py. 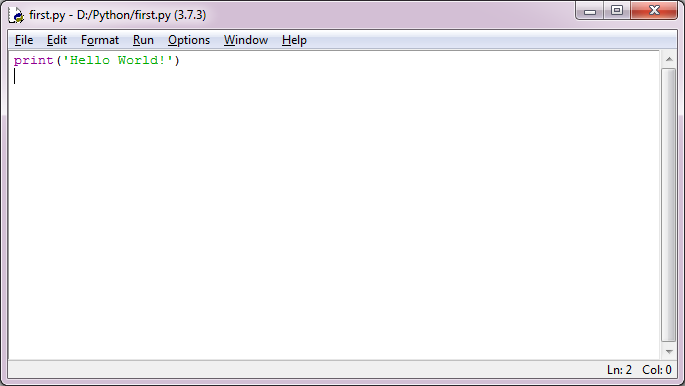 
To execute this code in a separate file, we have three options -

Doing so will open the Python Shell window, displaying the output of the code which was stored in this separate file or the errors associated with it, as shown in the picture below. 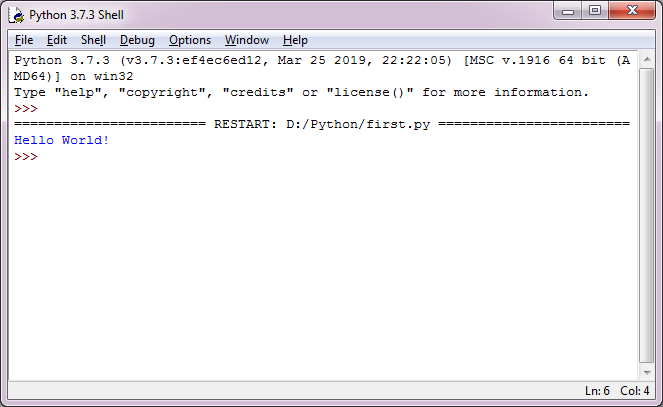 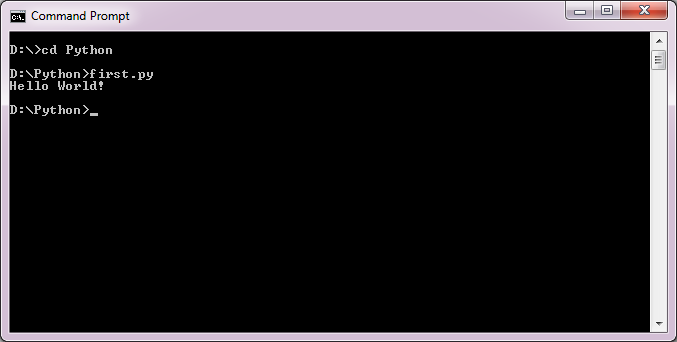 
And this concludes our tutorial on how to execute your first program in Python using IDLE integrated development environment. Hope it will be a useful guide to some.

< Prev
Next >
< Download and install Python
Data Types in Python >