This JDBC API interacts with a database vendor specific JDBC driver, which communicates directly with the database.

Disdvantage of JDBC-ODBC Bridge Driver
Java application is dependent on ODBC driver for communicating with database. 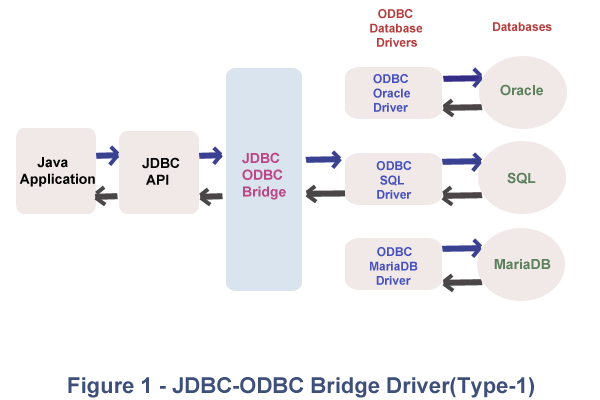 Some database vendors only provide native APIs to access their database. These native APIs are written in C/C++ or Assembly Language. When a Java application wants to communicate or stores its data in a database that only provides Native APIs, then it must use Native - API Partly Java Driver.


How a Java application connects to a database through a Native - API Partly Java Driver . 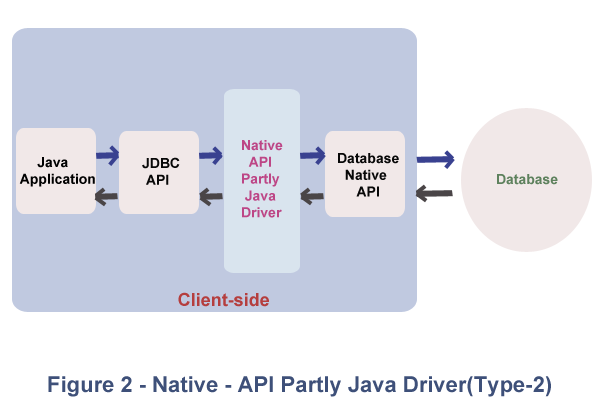 Disadvantage of JDBC-ODBC Bridge Driver
Using this driver requires database specific native Library APIs to be stored on the client-side because it is used to translate JDBC calls to database specific calls to communicate with a database.

This driver is fully written in Java and it is mainly used for connecting applets with databases. An example of a Pure Java Driver for Database Middleware is Weblogic RMI Driver.


Disadvantage of JDBC-ODBC Bridge Driver
Slow performance because of a number of network calls to an intermediate middleware server.

This type of JDBC driver communicates directly with a database, without requiring any native database libraries or middleware server in between. To communicate with a database, the JDBC calls made by a Java application(using JDBC API) are translated by Direct-to-database pure Java driver to database specific calls. 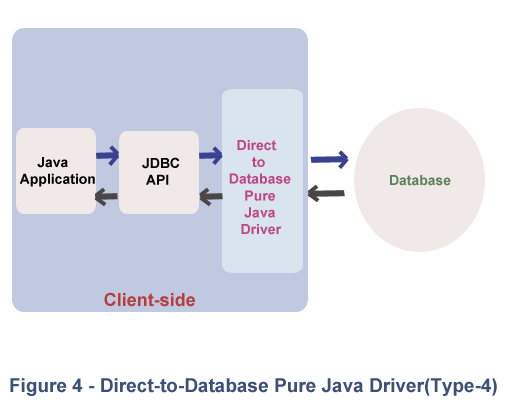 < Prev
Next >
< Gregorian class
How to use JDBC