What happens when an exception is thrown by the program? 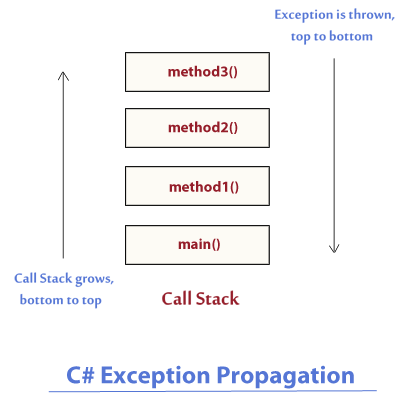 
In the code above, within the current executing method i.e. Method3()an integer number(100) is divided by a zero(0), which leads to an exception of type DivideByZeroException thrown at the runtime by the common runtime library(CLR) managing the runtime environment.

Hence, it is important to handle the exception in a program, so that an exception doesn't alter the normal flow of the program and ends it unexpectedly.